Happy Valentine’s Day! In typical “me” fashion, I saw a picture online (likely thanks to Pinterest) of Conversation Heart Cookies and the first thing I thought was that I needed to make them.

Other times, when I decide to make something new for an event or holiday where I have to make said thing presentable for other people, I have failed miserably. I am happy to report that while I had one broken cookie (it was yummy) and one sloppily-iced cookie (I don’t judge), they actually turned out pretty well! It was my first time making and decorating with royal icing, and while I added too much water at first, which resulted in adding more, then more, then some more icing sugar, they set and look edible even! 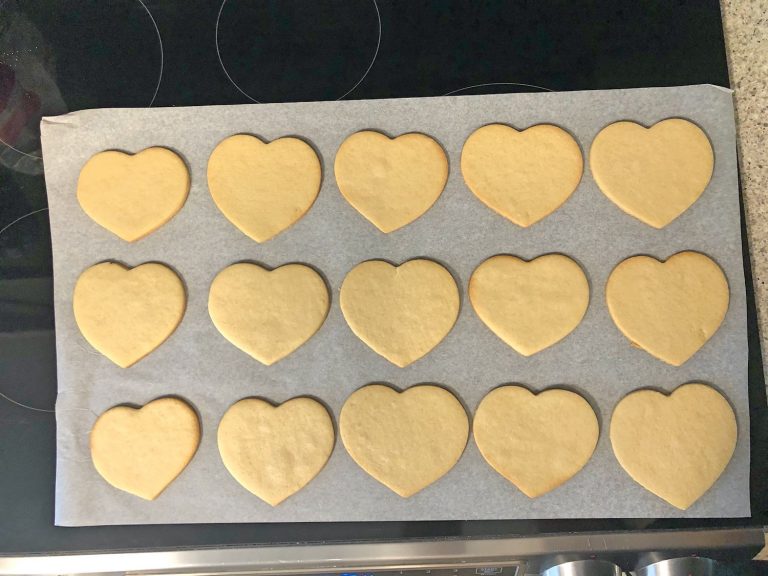 I did make one rather large mistake … I decided to buy the icing for the writing on the conversation hearts. That’s not the mistake … I failed to notice on the back of the icing tube the following words: “Does not harden.” So now I delivered 12 conversation heart cookies to day care that likely got smudged in the little paper bags I bought for them.

It’s always something, isn’t it?

I know the toddlers won’t care (if they’re even allowed to eat them haha) but I just wanted to make pretty cookies! Which brought me to wonder, why is it that I wanted to make these rather time-consuming cookies at all?

The first thing I came up with is that I really like baking and I have never used royal icing before. (The recipes I used can be found here for the sugar cookies and here for the icing. They are by the same blogger, but the icing recipe strays from typical royal icing as it uses meringue powder instead of egg whites.) I severely underestimated the humidity and ended up having to add many, many tablespoons of addition icing sugar.

Again, these types of things are typical of me. I tend to err on the side of never doing anything the easy way, and I’m never very good at following directions (don’t tell me what to do, even though clearly I should listen to recipes, I’m just way too stubborn!).

I swear that I used the same icing to mix the blue icing and then the yellow, but for some scientific reason unknown to me, the yellow icing promptly ran off of the cookie as soon as I tried to pipe on the border. 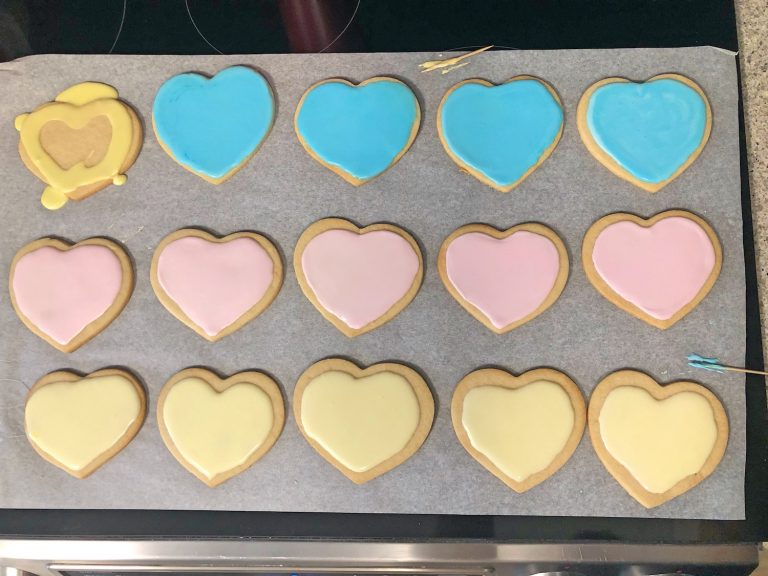 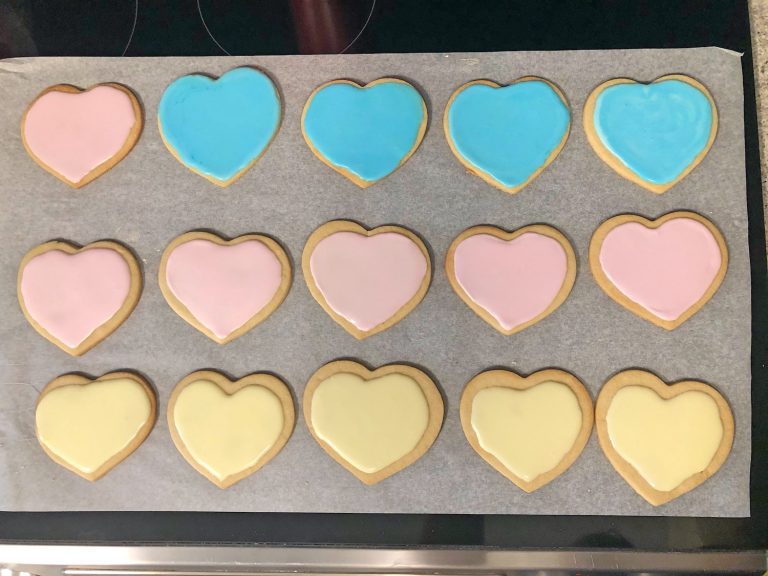 Back to the drawing board– or in this case, the mixing bowl–to mix in more icing sugar. Other than a few cookies that got a little sloppy, I truly had fun making these bad boys! I just wish that there were a few more extra cookies to share instead of only giving the cookies away.

The other reason that I can think of for wanting to make these cutie-pie cookies, is that I needed a project. I know that writing a book is a pretty big undertaking and everything, but I needed somewhere to focus my creative energy. And these did just fine! 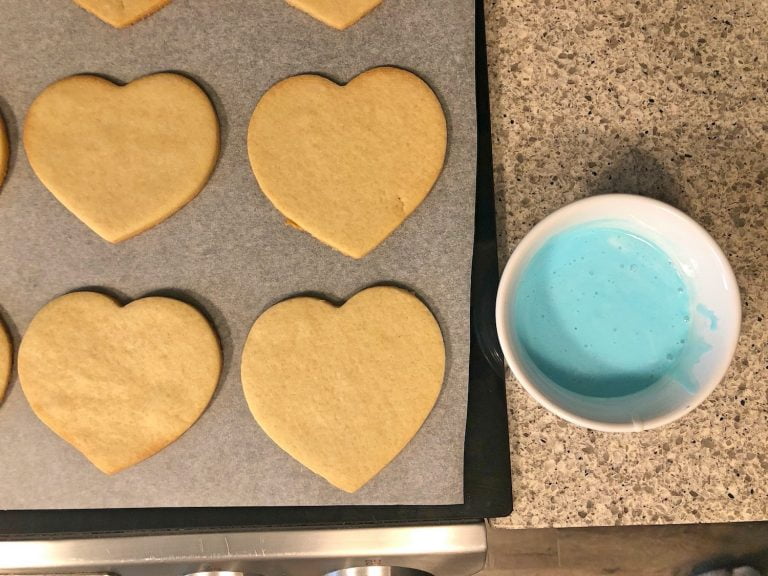 Now, what shall my next project be? Things I’m considering: painting lessons, finally finishing my wedding scrap book or maybe just organizing all of my craft stuff and seeing what speaks to me!

When I have the time to do any of these things, I’ll let ya know.

I hope that everyone has a lovely Valentine’s Day! Love yourself first, then spread the love as far as you can! 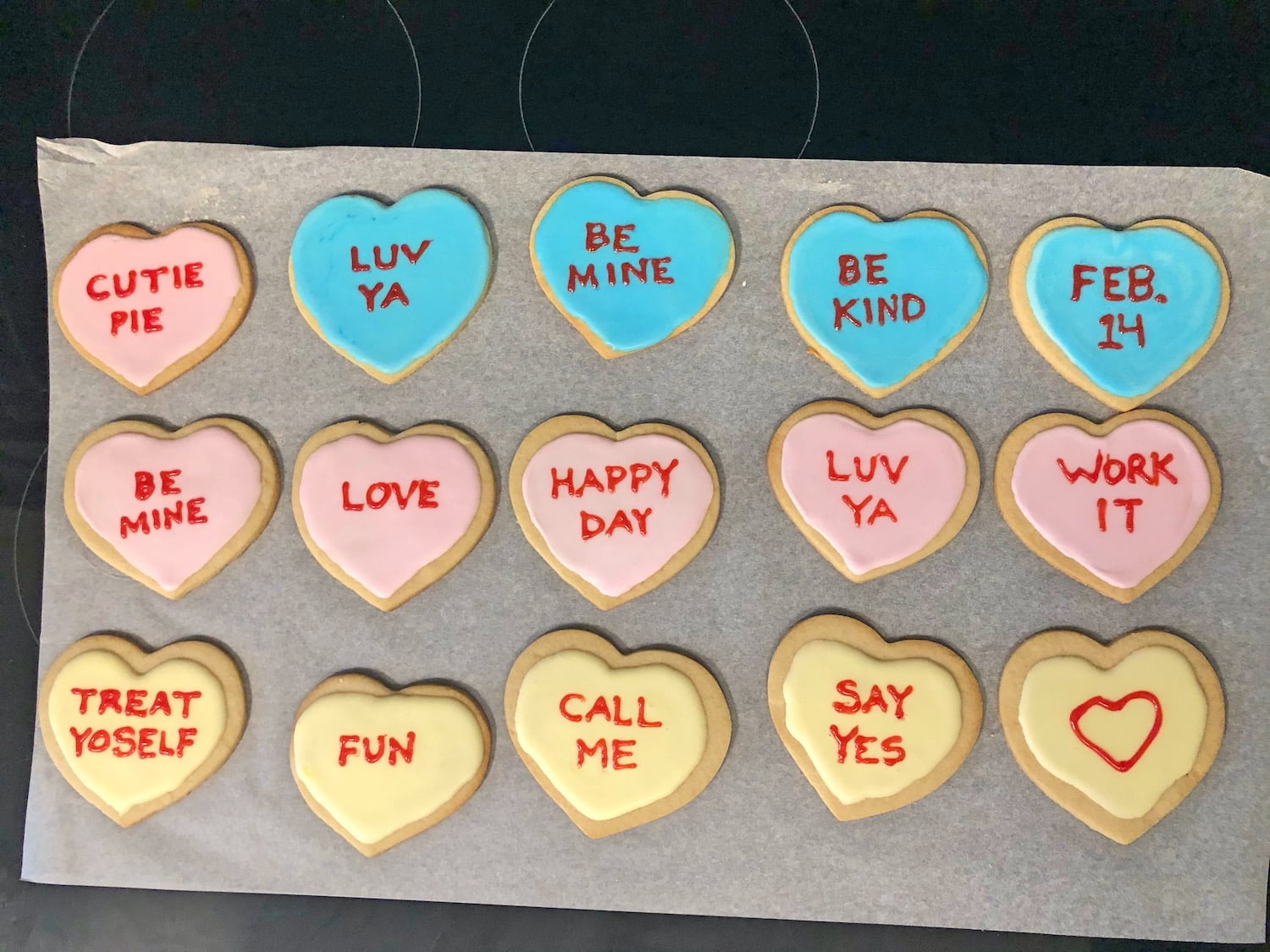 I had a good laugh over some of these conversation phrases ... and decided to keep "Call Me" and "Work It" home. Brad and Archer got those ones, respectively. 🙂 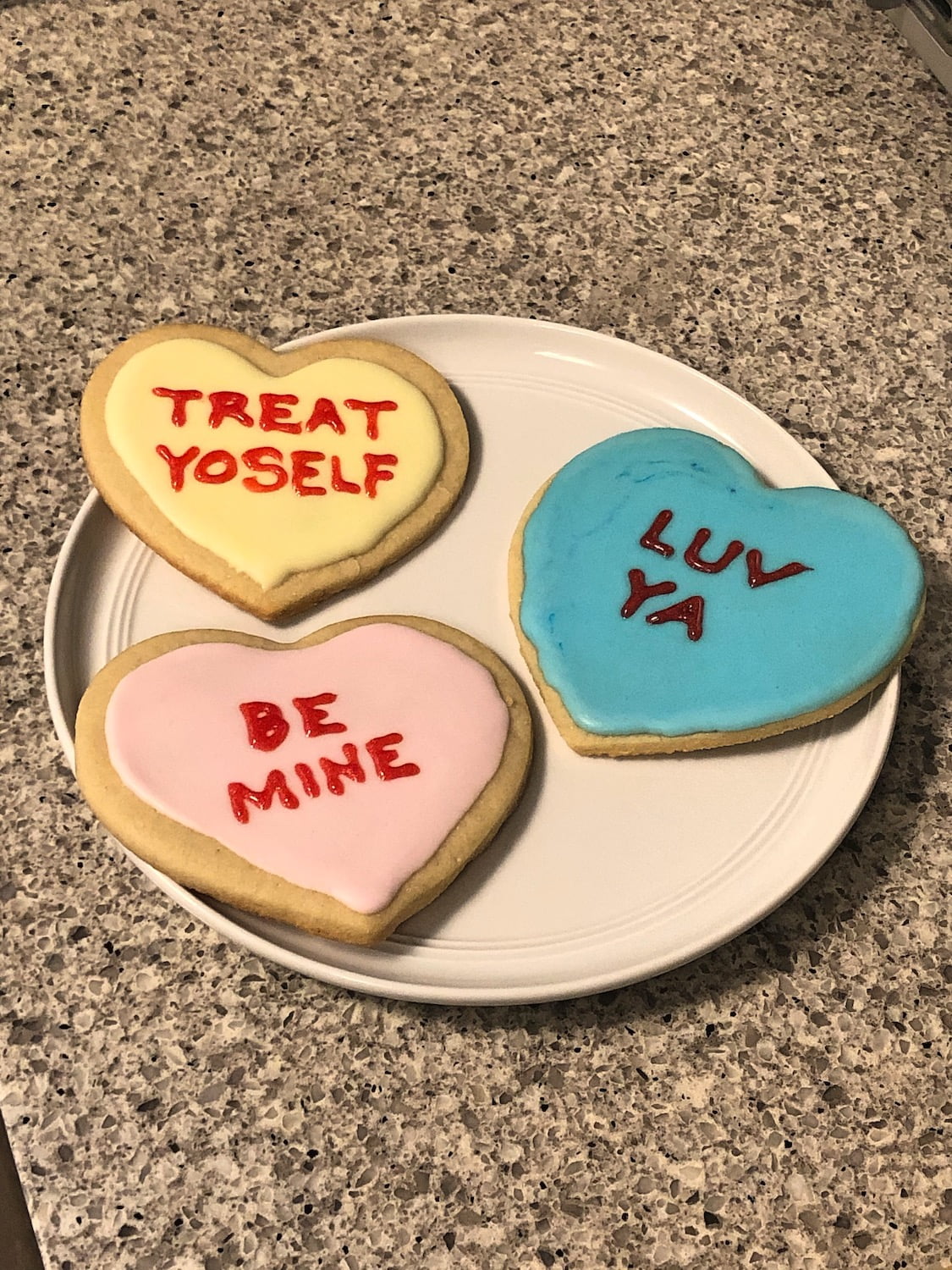